Access to safe drinking water has been a grave problem for India, especially in rural areas where lack of usable water has also resulted in sanitation and health problems for several decades now. The lack of proper management of urban, industrial, and agricultural wastewater means that the access to clean drinking water is severely compromised for millions of people. According to a WaterAid report from 2016, India has one of the highest numbers in the world for the number of people who do not get access to safe, clean, potable water. At the time of the report, approximately 76 million people in India were found to have no access to a safe water supply, and the situation has only gotten worse over the years.

In India, there are two main sources of water supply – water from rivers and groundwater. However, with increased industrialization and urbanisation, the catchment areas of rivers are constantly shrinking even as the population keeps growing, pushing us towards an enormous water deficit around the corner. Further, rampant pollution, improper treatment of waste and sewage, lack of proper waste management to deal with urban, rural, agricultural and industrial wastes has led to a severe contamination of groundwater resources – which is already depleting due to excessive construction activities and reduced permeable soil cover thanks to the rampant concretisation of urban areas.

More than 65% of India’s 718 districts suffer from problems of acute water shortage, with less than 50% of India’s total population having regular, reliable access to clean drinking water. What’s even more troubling is that though India is a land that’s blessed with a rich monsoon season, we store only about 6% of the 1170mm of annual rainfall that we experience.

The problem is not with a natural, geographical scarcity of water. On the contrary, India is a country that is blessed with more than sufficient rainfall along with as many as 12,500 water bodies spread across the country. The issue, then, is born out of a lack of proper management of the water resources in the country. Over-exploitation of water resources, excessive pollution of major water bodies such as the Ganga and the Yamuna, lack of proper infrastructure to promote water conservation, lack of implementation of laws to prevent illegal contamination and exploitation of ground water resources – all of these have led to a situation where estimates show that we will face a water deficit of 50% in the next 10 years. 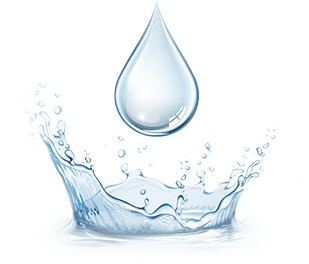